What Bodies Think About: Developmental Bioelectric Networks Underlie the Unconventional Intelligence of Morphogenesis 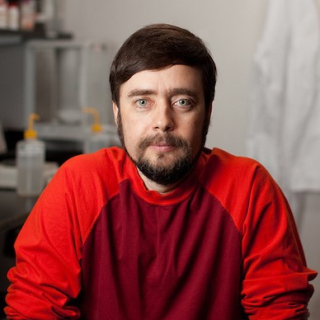 Michael Levin is the Vannevar Bush Professor in Biology, Professor in Biomedical Engineering, Distinguished Professor in the School of Arts and Sciences, and director of the Allen Discovery Center and Center for Regenerative and Developmental Biology at Tufts University. He is also co-director of the Institute for Computationally Designed Organisms. After completing his PhD in Genetics from Harvard University with Clifford Tabin, Dr. Levin undertook post-doctoral training in the Cell Biology Department of Harvard School of Medicine with Mark Mercola. He first established his independent lab at the Forsyth Institute in 2000. Dr. Levin moved his group to Tufts University in 2009, and in 2010, he also became an associate member of the Wyss Institute of Harvard Medical School. Dr. Levin's primary interest is in understanding diverse intelligence and how different kinds of minds can be embodied in the physical world. Toward this goal, his lab studies a wide variety of cells, tissues, and organisms using developmental biophysics, computer science, and behavioral science approaches. His group has developed tools for reading and writing non-neural pattern memories in the body, a bioinformatics of shape, AI platforms for discoveries of biomedical interventions, and synthetic living organisms made of frog cells. Through the computational modeling and manipulation of developmental bioelectricity, they have shown novel applications in birth defects, appendage regeneration, and cancer, as well as developed theoretical frameworks for understanding morphogenesis as a collective intelligence of cell groups.  Dr. Levin is co-editor in chief of the journal Bioelectricity, founding associate editor of Collective Intelligence, and is on the editorial advisory board of Laterality.

We, as human animals and scientists, are primed to detect intelligence in the familiar 3D world of meso-scale behavior. But what other substrates might be suitable for degrees of cognition, and how can we learn to recognize, understand, and communicate with, truly diverse intelligences? In this talk, I will describe a framework which we have been developing to relate to unconventional cognitive systems such as groups of cells, tissues, synthetic organisms, swarms, and cyborgs. I will focus on the collective intelligence of cells during morphogenesis, using it as an example to generalize the concept of behavior to spaces such as transcriptional, physiological, and anatomical morphospace. Using a combination of tools from developmental biophysics, behavior science, and computer science, we have been probing the mechanisms that enable individual cells to scale their humble homeostatic competencies toward remarkable examples of memory, creativity, and problem-solving. We have found that all cells, not just neurons, exploit bioelectrical networks to perform computations that underlie their primitive proto-cognitive abilities. This sheds light on the origins of nervous systems, and enables us to use tools and concepts from neuroscience to read and write the "mind" of the somatic collective. I will describe the advances in regenerative medicine of birth defects, traumatic injury, and cancer that have been enabled by this generalization of neuroscience beyond neurons. I will close with an example of, and perspective on, novel synthetic minds and bodies, as well as the ethical implications of this work.