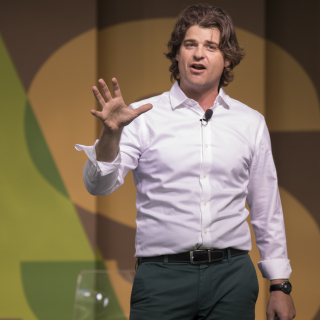 Brian Hare is professor of evolutionary anthropology at Duke University in North Carolina and a member of the Center for Cognitive Neuroscience. He received his Ph.D. from Harvard University, founded the Hominoid Psychology Research Group while at the Max Planck Institute for Evolutionary Anthropology in Leipzig, Germany, and subsequently founded the Duke Canine Cognition Center when arriving at Duke University. Dr. Hare researches the evolution of cognition by studying both humans, our close relatives the primates (especially bonobos and chimpanzees), and species whose cognition converged with our own (primarily domestic dogs). His publications on dog cognition are among the most heavily cited papers on dog behavior and intelligence. Dr. Hare’s research has consistently received national and international media coverage over the last decade and has been featured in numerous mainstream media print outlets. He has been a frequent guest on radio programs including the BBC and American National Public Radio. He has also been featured in multiple documentaries from production companies such as National Geographic (U.S.), BBC (U.K.), Nova (U.S.), RTL (Germany), SBS (Korea) and Globo (Brazil). Dr. Hare is frequently invited to give lectures on his research on dog intelligence. In 2004 the German Federal Ministry of Education and Research and the Alexander von Humboldt Foundation named Dr. Hare a recipient of the Sofja Kovalevskaja Award, Germany’s most prestigious award for scientists under age 40. In 2007 Smithsonian magazine named him one of the top 37 U.S. scientists under 36. Follow Dr. Hare’s fan page on Facebook to learn about his latest news and discoveries from the field.