What’s the Purpose of Having More Than One Neuron? 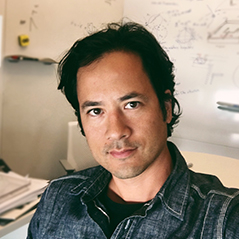 Saul Kato is director of the Foundations of Cognition Laboratory and assistant professor of neurology and physiology at the University of California, San Francisco. Dr. Kato has a background in neurobiology, theoretical physics, mathematics, computer science and hardware and software. After studying many-body quantum mechanics with Nobelist Bob Laughlin as an undergraduate at Stanford University, Dr. Kato spent a decade as an engineer and tech entrepreneur before returning to science; he founded, financed, built, and sold two technology companies: Sven Technologies, which developed software algorithms and applications for 3D graphics rendering, and WideRay Corp., which pioneered the idea of local ad-hoc wireless content delivery, manufacturing and building a network of several thousand local content delivery points in fifteen countries. After earning his PhD from Columbia University in 2013–a computational-experimental project determining the signal processing properties of the nematode C. elegans neurons–Dr. Kato became an EMBO Long-Term Fellow in the lab of Manuel Zimmer at the Institute of Molecular Pathology in Vienna, Austria. Dr. Kato and his team study the relationship between the dynamics of brain-wide activity and behavior in C. elegans in search of basic principles and building blocks of neural computation and cognitive function.