Ways to Think about the Brain 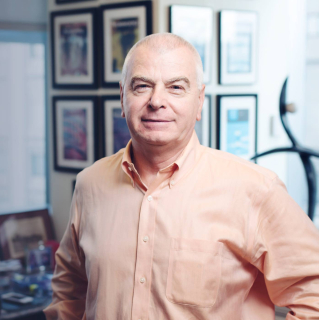 György Buzsáki is Professor of Neural Sciences at the NYU Neuroscience Institute, New York University, Langone Medical Center. After completing his MD at the University of Pécs and his PhD at the Academy of Sciences, Budapest, Dr. Buzsáki joined the Department of Neuroscience at the University of California, San Diego, first as J.D. French Foundation Fellow and then as Associate Professor in Residence. He was Professor at the Center for Molecular and Behavioral Neuroscience, Rutgers University before joining the faculty at NYU in 2012. Dr. Buzsáki's primary research interests are mechanisms of memory, sleep and associated diseases. The main focus of his work is “neural syntax," i.e., how segmentation of neural information is organized by the numerous brain rhythms to support cognitive functions. He is the author of Rhythms of the Brain (2006), a book detailing the current neuroscientific understanding of brain rhythms, and The Brain from Inside Out (2019), which proposes a new framework of thinking of the brain as an explorer constantly controlling the body to test hypotheses and not as an information absorbing coding device. Dr. Buzsáki is a member of the National Academy of Sciences, Fellow of the American Association for the Advancement of Science and the Academiae Europaeae and an external member of the Hungarian Academy of Sciences. He is the 2020 recipient of the Ralph Gerard Prize, the highest honor from the Society for Neuroscience, and won the inaugural Brain Prize in 2011 together with Tamás Freund and Péter Somogyi for their work describing organization of neurons in the hippocampus and the cortex. Dr. Buzsáki has authored or coauthored more than 300 peer-reviewed papers and is among the top 1% most-cited neuroscientists ("highly cited") by Thomson Reuters.

Is there a right way to study how the brain works? Following the empiricist’s tradition, the most common approach involves the study of neural reactions to stimuli presented by an experimenter. Buzsáki examines why the outside-in framework for understanding brain function have become stagnant and points to new directions for understanding neural function. Our brain is not an information-absorbing coding device but a venture-seeking explorer constantly controlling the body to test hypotheses. Our brain does not process information: it creates it.