A Taste for the Beautiful, The Evolution of Attraction 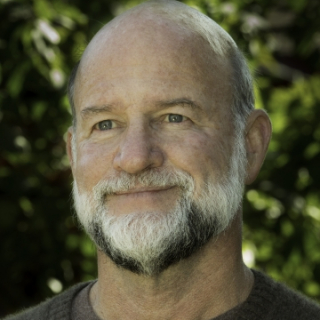 Michael J. Ryan is the Clark Hubbs Regents Professor in Zoology at The University of Texas at Austin and Research Associate at the Smithsonian Tropical Research Institute in Panama since 1982. He received his PhD in Neurobiology & Behavior from Cornell University and was a Miller Postdoctoral Fellow in the Museum of Vertebrate Zoology at the University of California, Berkeley before beginning a position as an Assistant Professor at the University of Texas, where he has remained since 1984. Dr. Ryan’s primary research interests are in the evolution and mechanisms of animal behavior, especially animal communication and sexual selection. He is a Fellow of the American Academy of Arts & Sciences, the American Association for Advancement of Science, the Guggenheim Foundation, and the Institute for Advanced Studies in Berlin. His honors and awards include the Exemplar Award from the Center for Integrative Studies in Animal Behavior (2007), the Joseph Grinnell Medal, from the Museum of Vertebrate Zoology (2008), the E.O. Wilson Naturalist Award from the American Society of Naturalists (2010), and the Distinguished Career Award from the Animal Behavior Society (2017). He was also selected as one of the 25 Leaders in Animal Behavior (book published 2010, Cambridge Univ. Press). Ryan has presented hundreds of invited lectures and published more than 300 scientific papers, many in the highest-impact journals. His 1985 book The Túngara Frog, A Study in Sexual Selection and Communication is considered a classic in its field, and A Taste for the Beautiful, the Evolution of Attraction (2018) aims to explain sexual selection and mate choice to the general public. Dr. Ryan is currently on the Board of Reviewing Editors for Science and chairman of the Advisory Board for the Max Planck Institute for Ornithology.