Skin Stories: The Evolution and Meanings of Humanity's Most Important Interface 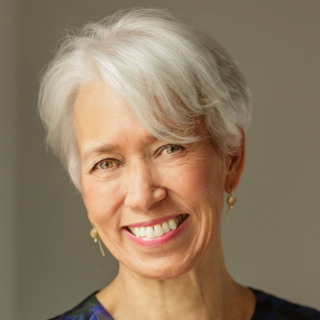 Nina Jablonski is Professor of Anthropology at The Pennsylvania State University. After receiving her PhD from the University of Washington, Dr. Jablonski held lectureships at the University of Hong Kong and the University of Western Australia. After a stint as Curator at the California Academy of Sciences, she joined the faculty in 2006 at The Pennsylvania State University. A biological anthropologist and paleobiologist, Dr. Jablonski studies primate and human evolution, especially adaptations to the environment. Her research program is focused in four major areas.  Her paleoanthropological research focuses primarily on the evolution of Old World monkeys, and draws upon field- and museum-based research undertaken in Africa and Asia. Her research on human adaptations to the environment centers on the evolution of human skin and skin pigmentation, including the health consequences of humanity’s mostly naked and colorful skin. The third area of research is related to the second, and is concerned with understanding the history and social consequences of skin-color-based race concepts. The fourth area of concentration is science education for youth, especially education about human evolution and human physical diversity. Jablonski has directed and continues to lead major, externally funded research projects in all of these areas. Dr. Jablonski has received numerous honors and awards, including membership into the National Academy of Sciences (2021), the American Academy of Arts & Sciences (2015) and the American Association for the Advancement of Science (2002) and awarding of a Guggenheim fellowship (2012). Her 2009 TED talk "Skin Color is an Illusion" has received almost 1.5 million views.

Skin is a large and remarkable organ, which is humanity’s primary interface with the physical and social worlds. Usually overlooked in discussions of human evolution, skin’s roles in regulation of body temperature, selective filtering of ultraviolet radiation, and many aspects of social communication have been central to the evolution of mobile lifestyles, long-distance dispersals, and social signaling. In this lecture, I will explore the evolution of “functionally naked” skin and skin pigmentation, and the diverse consequences of these innovations for human lifestyles and lives through time. The evolution of skin pigmentation emerges as a complex story of adaptation influenced by natural selection, population bottlenecks, and myriad cultural practices. Naked skin becomes a biosocial interface of consummate importance because its visual impact lends itself to decoration and to being a basis for judgment of innate human value based on appearance.