Reining in Online Abuses: From Fake News to Extremism and Child Exploitation 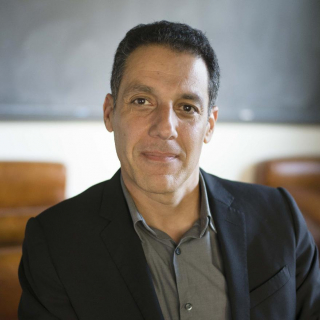 Hany Farid is the Albert Bradley 1915 Third Century Professor and Chair of Computer Science at Dartmouth. Dr. Farid received his Ph.D. in Computer Science from the University of Pennsylvania in 1997. Following a two year post-doctoral fellowship in Brain and Cognitive Sciences at MIT, he joined the faculty at Dartmouth in 1999. Dr. Farid’s research focuses on digital forensics, image analysis, and human perception, and he has been called the "father" of digital image forensics by the PBS science program NOVA scienceNOW. He has consulted for intelligence agencies, news organizations, courts, and scientific journals seeking to authenticate the validity of images. Dr. Farid is the recipient of an Alfred P. Sloan Fellowship, a John Simon Guggenheim Fellowship, and he is a fellow of the National Academy of Inventors. He is also the Chief Technology Officer and co-founder of Fourandsix Technologies. In June 2016, Dr. Farid, as a Senior Advisor to the Counter Extremism Project (CEP), unveiled a software tool for use by Internet and social media companies to quickly find and eliminate extremist content used to spread and incite violence and attacks.