Reflections on Cutting the Stone by Hieronymus Bosch 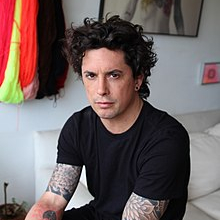 Benjamín Labatut was born in Rotterdam, Netherlands, spent his childhood in The Hague, Buenos Aires and Lima, and at the age of fourteen settled in Santiago, Chile. La Antártica empieza aquí (Antartica begins here), his first book of short stories, was published in Mexico, where it won the 2009 Caza de Letras Prize, awarded by the Autonomous University of Mexico (UNAM) and the Alfaguara publishing house. In Chile it appeared in 2012, and a year later it won the Santiago Municipal Prize. His second book, Después de la luz (After the light) published in 2016 by Hueders publishing house, consists of a series of scientific, philosophical and historical notes on the void, written after a deep personal crisis. His third book, When We Cease to Understand the World (Pushkin, 2020), explores the limits of the unknown and the relationship between science and literature. In 2021 he published, also in Anagrama, La piedra de la locura, a reflection on chaos and madness based on scientific theories, literary expressions and personal experiences. When We Cease to Understand the World has been translated into 22 languages by publishers from Germany, China, the United States, France, Holland, England, and Italy. The English edition of the book was shortlisted for the International Booker Prize in 2021, and in July 2021, Barack Obama included the book in his last reading list for the summer, which Obama shared on his Twitter account. It was selected for the New York Times Book Review's "10 Best Books of 2021" list.