The Mythology of Racial Progress 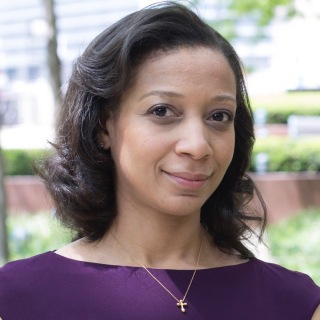 Jennifer A. Richeson is the Philip R. Allen Professor of Psychology at Yale University. For over 20 years, she has conducted research on the social psychology of cultural diversity. Specifically, she examines processes of mind and brain that influence the ways in which people experience diversity, with a primary focus on the dynamics that create, sustain, and sometimes challenge societal inequality. Much of her recent research considers the political consequences of the increasing racial/ethnic diversity of the United States. Richeson also investigates how people reason about and respond to different forms of inequality and the implications of such processes for detecting and confronting injustice.

Professor Richeson is an elected member of both the National Academy of Sciences and the American Academy of Arts and Sciences. Her empirical and theoretical work has been published in numerous scholarly journals and popular publications. In 2006, she was named one of 25 MacArthur “Genius” Fellows for her work "highlighting and analyzing major challenges facing all races in America and in the continuing role played by prejudice and stereotyping in our lives," and, in 2019 she received an honorary doctorate from Brown University for work that “expands the boundaries of knowledge on interracial interaction and the living contexts of diversity.”

Richeson was born and raised in Baltimore, MD. She earned her Bachelor of Science in psychology from Brown University, and MA and PhD in social psychology from Harvard University. Prior to joining the Yale faculty in 2016, Richeson held faculty appointments at Northwestern University and Dartmouth College.

Through her teaching and research, Richeson hopes to contribute to a better understanding of intergroup relations, including how best to foster culturally diverse environments that are both cohesive and just.

Our perceptions of, beliefs about, and solutions for, racial inequality in the United States are shaped, at least in part, by a mythology of racial progress. Central to this mythology is the dominant narrative that American society has achieved substantial gains toward racial equality, and is automatically, perhaps naturally, continuing to make steady, linear progress toward the same. In this talk, I argue that our fidelity to this narrative elicits a persistent pattern of willful ignorance regarding some present-day racial disparities, including the wealth gap between Black and White Americans. I will illuminate some of the psychology that sustains the narrative as well as some of the consequences of efforts to disrupt it. Implications of the mythology of racial progress for efforts to engender actual racial equity in contemporary society will be discussed.