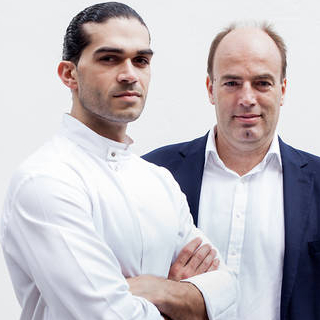 Charles Spence is Professor of Experimental Psychology, head of the Crossmodal Research Laboratory and Fellow of Somerville College at the University of Oxford, UK. Dr. Spence received his PhD from Cambridge University, where he was also a Junior Research Fellow. In 1997, Dr. Spence joined the faculty at Oxford University, where he has remained. His research focuses on how a better understanding of the human mind will lead to the better design of multisensory foods, products, interfaces, and environments in the future. His research calls for a radical new way of examining and understanding the senses that has major implications for the way in which we design everything from household products to mobile phones, and from the food we eat to the places in which we work and live. Dr. Spence has co-edited a number of publications related to multisensory perception, and his books include The Multisensory Driver: Implications for Ergonomic Car Interface Design (2008, With Cristy Ho), In Touch with the Future: The Sense of Touch from Cognitive Neuroscience to Virtual Reality (2014, With Alberto Gallace), The Perfect Meal: The Multisensory Science of Food and Dining(2014, with Betina Piqueras-Fiszman), and Gastrophysics: The New Science of Eating (2017, with John Sackville). His awards and honors include the 10th Experimental Psychology Society Prize (2003), Friedrich Wilhelm Bessel Research Award from the Alexander von Humboldt Foundation, Germany (2005), and the Prose Prize for Popular Science Book of the Year awarded for The Perfect Meal (2015).

Chef Jozef Youssef is the creative force behind Kitchen Theory, the gastronomy experience design lab which is home to the Gastrophysics Chef’s Table. Chef Jozef’s years of experience in London’s most highly acclaimed Michelin star restaurants and hotels coupled with his academic interest in gastronomy, art and science all led to him establishing Kitchen Theory in 2010. Jozef has established himself as an authority in the field of multisensory gastronomy and gastrophysics, with ongoing research in this subject carried out in collaboration with Professor Charles Spence of Oxford University. He has published several peer-reviewed papers as well as his first book, Molecular Gastronomy at Home. He is currently an associate editor at the International Journal of Gastronomy and Food Science and a public speaker on multisensory experience design, innovation and gastronomy, including having recently shared this research as a speaker for the TEDxLSE Annual Conference 2018.