Eyewitness Memory is Reliable but the Criminal Justice System is Not 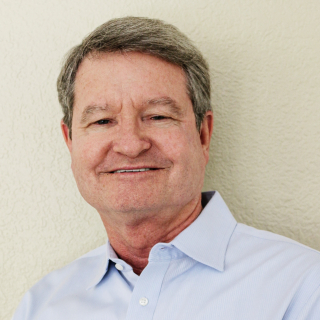 John Wixted is a Distinguished Professor in the Department of Psychology at UCSD. He received undergraduate degrees in Biology and Psychology from UC San Diego in 1981 and then went on to earn a Ph.D. in clinical Psychology from Emory University in 1987. In 1988, he returned to UCSD as an assistant professor in the Department of Psychology, where he rose through the ranks and eventually completed a 10-year term as department chair. Although clinically trained, his research has always been concerned with understanding the basic mechanisms of human memory, which he investigates from a variety of different perspectives. In recent years, his work has focused on signal-detection analyses of recognition memory, the neuroscience of memory and amnesia, and eyewitness memory in the real world. His eyewitness identification research has focused mainly on (1) the diagnostic accuracy of simultaneous vs. sequential lineups and (2) the (surprisingly high) information-value of eyewitness confidence.

In 2011, Dr. Wixted was the recipient of a prestigious award for distinction in contemporary research, the Howard Crosby Warren Medal. In December 2021, the APS journal Psychological Science in the Public Interest featured research conducted by Dr. Wixted (with APS fellows Gary L. Wells and Elizabeth F. Loftus) on high-confidence misidentification by eyewitnesses exposed to multiple police lineups. “Test a witness’s memory of a suspect only once,” the researchers urged. Dr. Wixted discussed this research further in an interview on the APS podcast Under the Cortex. In January 2022, the American Association for the Advancement of Science (AAAS) awarded the 2022 John P. McGovern Award Lecture in the Behavioral Sciences to Dr. Wixted for his contributions to the overall understanding of human memory.

The reliability of any kind of forensic evidence (e.g., forensic DNA) is assessed by testing its information value when it is not contaminated and is properly tested. Assessing the reliability of forensic memory evidence should be no exception to that rule. Unfortunately, testing a witness’s memory of a suspect (e.g., using a lineup) irretrievably contaminates it. Thus, only the first test is relevant to the question of whether eyewitness memory is reliable. With few exceptions, the results of studies conducted in the lab and in the real world show that confidence is highly predictive of accuracy on the first test, and high-confidence often implies high accuracy. The fact that many eyewitnesses are known to have made high-confidence misidentifications in the courtroom has cemented the almost universal impression that eyewitness memory is inherently unreliable. However, it is the criminal justice system that is guilty of unwittingly using contaminated memory evidence (relying on the last memory test, in court, not the first test memory test, conducted early in a police investigation) to win convictions of the innocent. That mistake should no longer be blamed on the unreliability of eyewitness memory and should no longer be made by the criminal justice system.