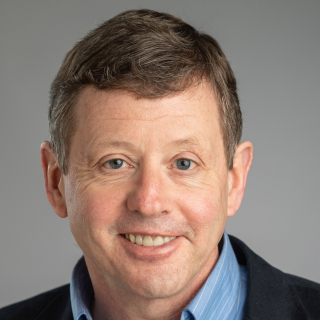 Kent Berridge is the James Olds Distinguished University Professor of Psychology and Neuroscience and the Director of the Affective Neuroscience and Biopsychology Lab at the University of Michigan. After earning his Ph.D. from the University of Pennsylvania in 1983, Dr. Berridge was a Postdoctoral Fellow in the Department of Psychology at Dalhousie University in Nova Scotia, Canada. He has been at the University of Michigan since 1985. His research aims for better answers to questions such as: How is pleasure and desire generated in the brain? What causes addiction?  How does the brain distinguish affective valence (pleasant from unpleasant)?  How does the neurobiology of fear relate to the neurobiology of desire? Dr. Berridge has received numerous honors, including the Distinguished Early Scientific Career Award, American Psychological Association (1991), Distinguished Scientific Contribution Award, American Psychological Association (2016, shared with Terry E. Robinson), Grawemeyer Award in Psychology (2019, shared with Terry E. Robinson), and an Honorary D.Sc. degree from University of Sussex (2020).  He has been selected as a Fellow to the American Psychological Association (1998 and 2002), Association for Psychological Science (2000), John Simon Guggenheim Foundation (2005) and the American Association for the Advancement of Science (2011).

Liking and wanting usually occur together for pleasant rewards – but the brain separates liking and wanting mechanisms, which carries implications for certain clinical disorders.  ‘Liking’, or intense pleasures, are generated by a surprisingly frail and tiny network of hedonic hotspots nestled in brain limbic structures.  ‘Wanting' for the same pleasures has a much larger and robust brain network centered on mesolimbic dopamine systems.  New evidence suggests wanting can occur without any liking, and even create ‘wanting for what hurts’. Counterintuitively, wanting may also share some substrates with forms of fear. Clinical applications of the ‘liking/wanting’ distinction include drug addiction, behavioral addictions and eating disorders; anhedonia syndromes in depression, schizophrenia and Parkinson’s; and some forms of paranoia.