Deciding to Report: Consciousness as a Social Affordance 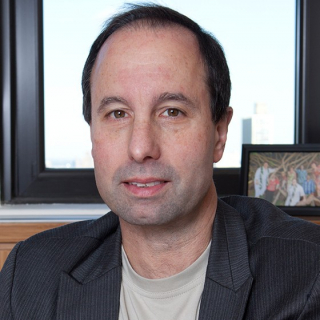 Michael Shadlen is Professor of Neuroscience at Columbia University. Dr. Shadlen is also a member of the Kavli Institute for Brain Science and Mortimer B. Zuckerman Mind Brain Behavior Institute. He completed his PhD at the University of California, Berkeley in 1985 and his MD at Brown University in 1988. After a residency and postdoctoral research fellowship at Stanford Medical School, Dr. Shadlen joined the faculty of the Department of Physiology and Biophysics at the University of Washington, where he became a Howard Hughes Medical Investigator in 2000. He moved to Columbia University in 2012. Dr. Shadlen studies neurons in the association cortex that transform information from the sensory cortex to give rise to interpretations, decisions, and plans for behavior. His experiments combine electrophysiology and behavioral and computational methods to advance our knowledge of higher brain function. Dr. Shadlen’s research on decision making exposes the neural mechanisms that support a wide range of cognitive functions of normal brains—what it is about a normal brain that makes us “not confused.” He was elected to a Member of the National Academy of Medicine in 2014 and a Fellow of the American Association for the Advancement of Science in 2015.